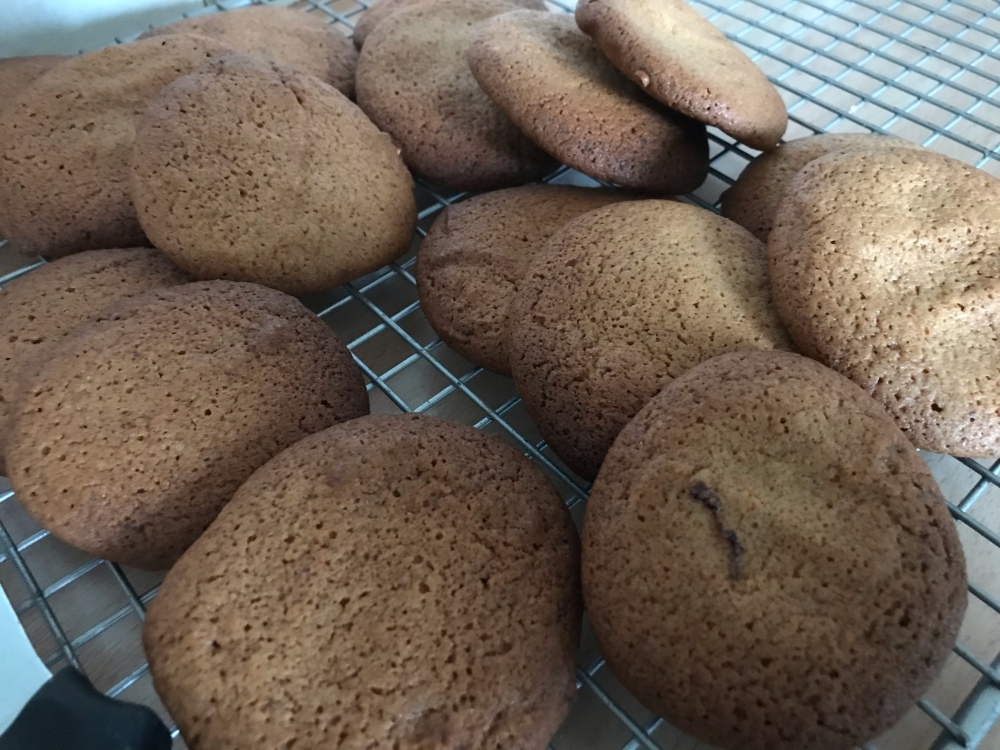 Now I have a terrible weakness for homemade ginger biscuits, especially ones with chopped stem ginger in them. I slightly under bake mine as I love them chewy. I can never stop at one. They are so moreish!

What I wanted to know was if they are included in a diet book, what was the difference between these and the ones from my regular recipe? It would be interesting to taste and to compare the appearance. Looking at the photo in the book, it looked like there wasn’t any difference at all, only that they were slightly smaller than the ginger nuts you get in packets of biscuits from the supermarket. Comparing them to my regular homemade ones, they looked half the size. But hoping that meant I wouldn’t scoff two? Even two regular ones wouldn’t be enough more me, haha!

Ingredients wise, I didn’t need anything odd to make it lower calorie or lower in fat. In fact I still thought the sugar content was the same, as well as the butter and golden syrup content of the dough. What differed though, was the recipe asked for an egg yolk and a third more flour than my regular recipe. I wondered how it would work. The ginger flavouring came from ground ginger and two teaspoonfuls was plenty to give it the spicy kick I was after.

Making ginger biscuits requires the melting method with the butter, golden syrup and sugar is melted together on the hob. Once this has melted, in goes the egg yolk. 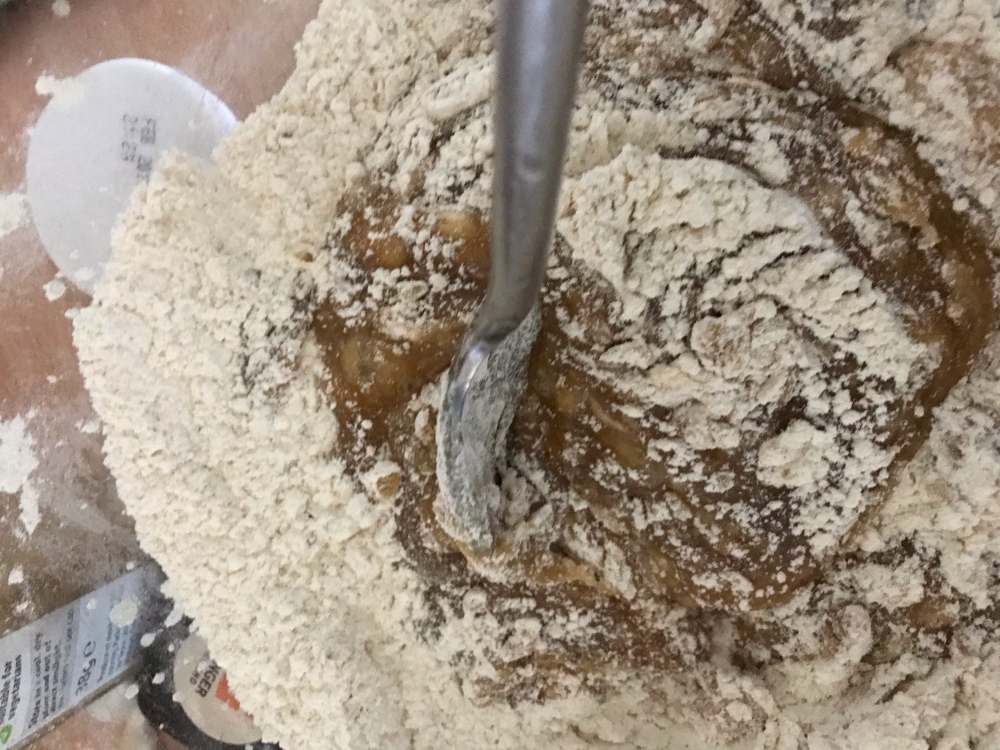 After this, I weighed out the dry ingredients and combined them thoroughly. You want the gingery flavour throughout. According to the recipe it said the dough would be dry and crumbly. This was not, in fact it was the complete opposite and I had to add a little extra flour to get it to work into a ball! 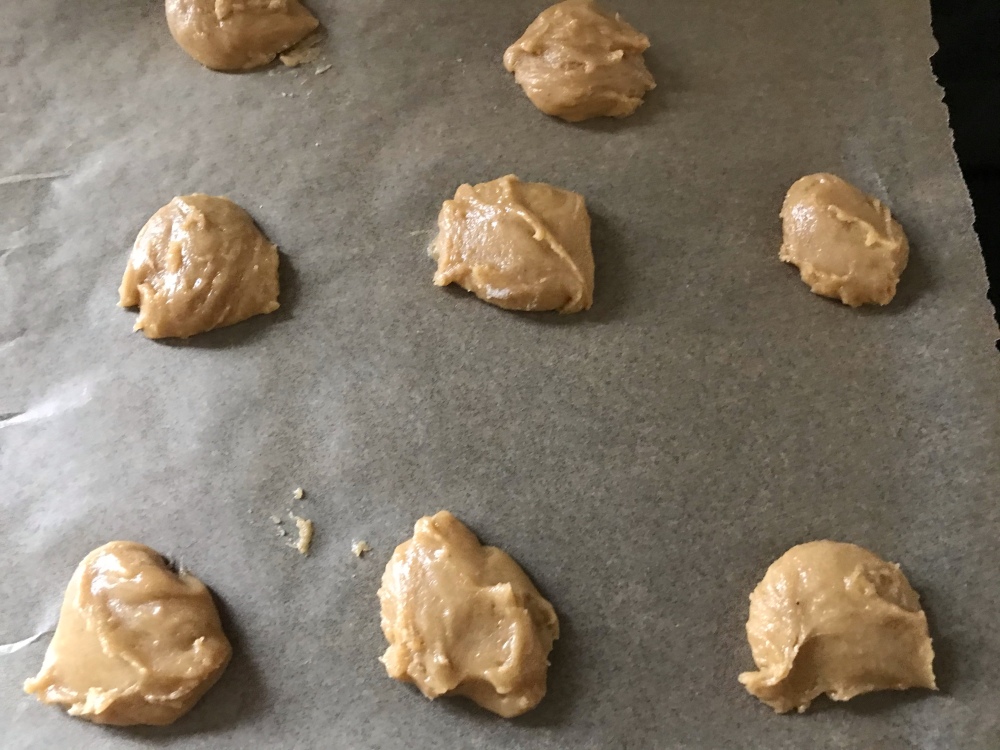 Each biscuit was meant to be about 15g or teaspoonfuls of the mixture dropped onto the lined baking trays. Teaspoonfuls looked so tiny and it was very fiddly to do this. No wonder I only got about 18 cookies and there were meant to be 25! Never mind. I just hope they tasted good.

Unfortunately I was very disappointed with the appearance of the biscuits. They did not get the distinctive crack that ginger biscuits are meant to have even though I put the 1/2 tsp bicarbonate of soda in the mixture. In my regular recipe it is meant to have a whole tsp so maybe that’s why. But the biscuits pictured had cracks on them! They just looked boring and unappealing to me. Appearances can be deceptive though. I tasted one and was pleased they were delicious! I had to hide the rest away in a box in the cupboard before I ate the rest!