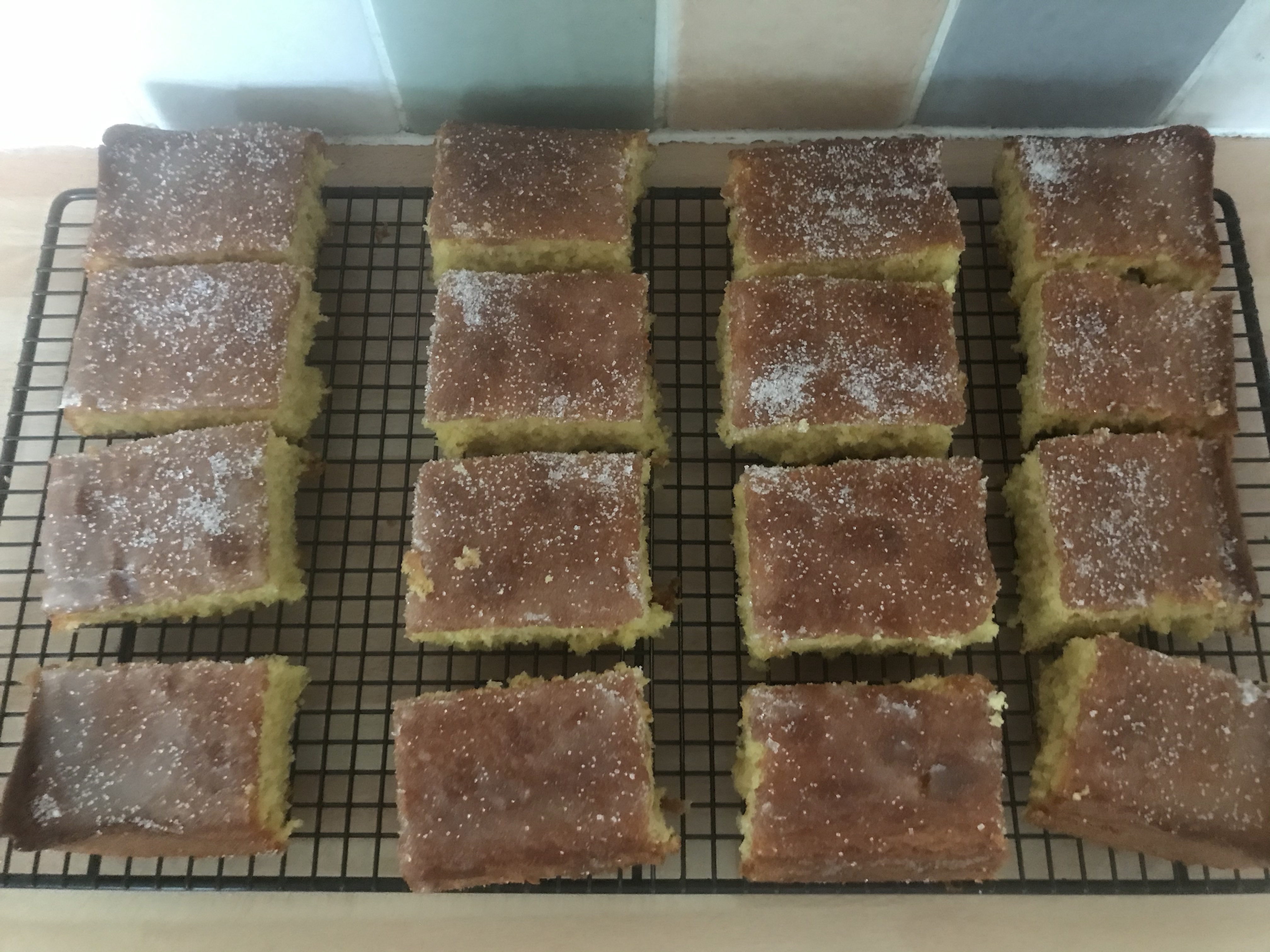 Recipe Challenge #1: Lemon Drizzle Traybake
Lemon Drizzle Traybake is a classic recipe and one I’ve made lots over the years.  Recently I have made Mary Berry’s version and this always goes down well.  I was keen to see how this version from The Big Book Of Amazing Cakes measured up to Mary’s version.  At first glance of the recipe I actually wondered if it was Mary’s recipe seeing as she used to judge on GBBO.  But any other recipes apart from the ones submitted by the baking contestants, Paul Hollywood and Prue Leith are created by Juliet Sear, Becca Watson and Mitzie Wilson.

To try and get my baking mojo and confidence back I thought it would be good to start with something simple that I couldn’t muck up.  Going back to basics and going through everything carefully would help me get it right. 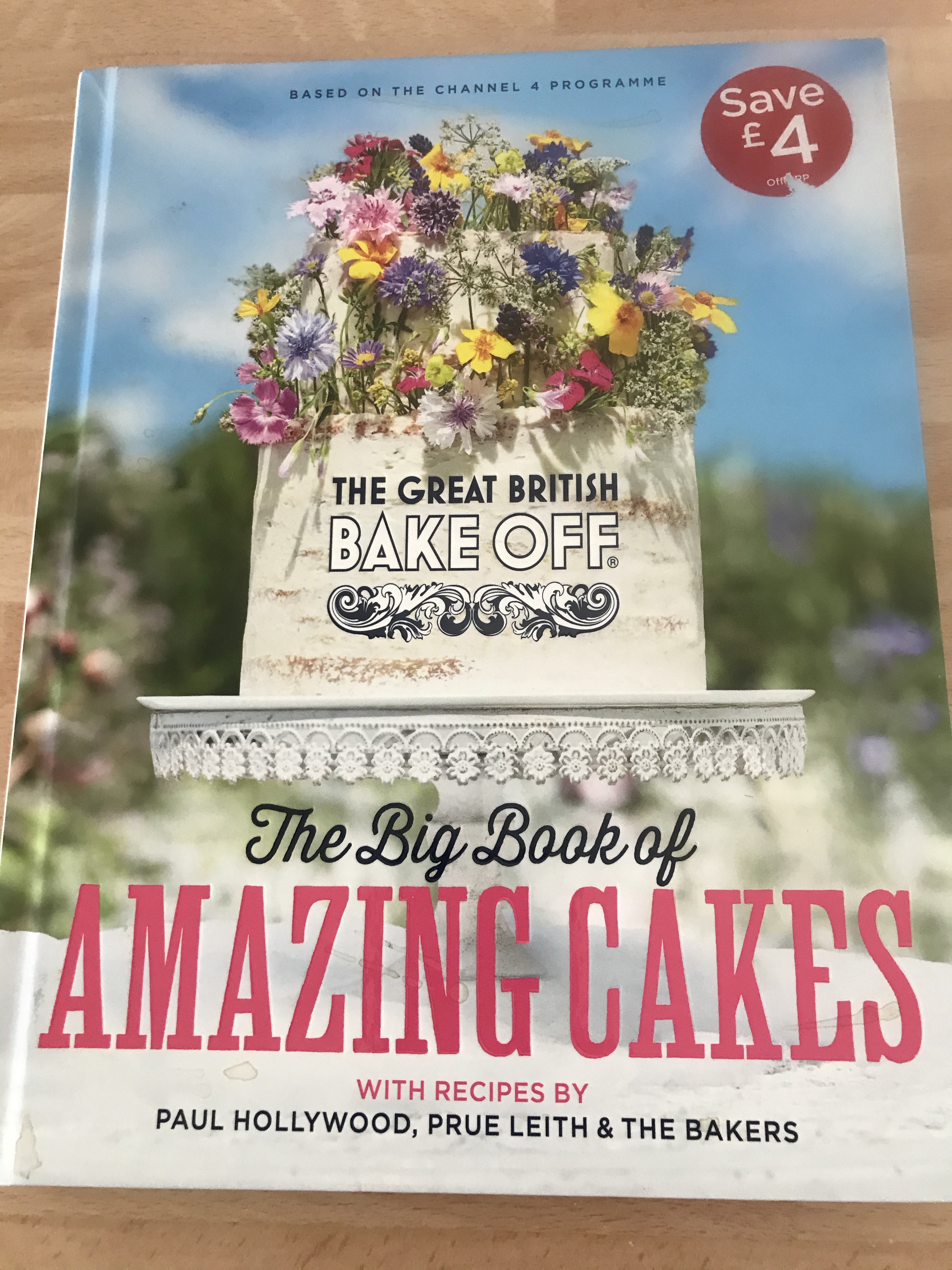 I first got all the ingredients out to hand.  I didn’t have whole milk, only semi skimmed so I had to use that instead.
All the ingredients were weighed out and put in my big mixing bowl ready to mix together using the all in one method. I also chose to use Stork instead of butter as the butter I had was in the fridge and not soft enough.

I was pleased this lemon drizzle recipe uses three large lemons. I grated the zest of three lemons into the sponge itself, reserving the juice for later.

I don’t tend to line my cake tins unless I am making a fruit cake. I do grease them though.  I want to know, does it make a difference to the taste and texture of the cake? It doesn’t stop it sticking to the pan for me.  The pan I use is a Mary Berry traybake one which I bought from Lakeland a couple of months back. I love it as it has the indentations on the side which can help you mark out the portion sizes.  This recipe is meant to be cut into 24 squares but I only did 16 squares!

Although the recipe stated to bake the cake at 150oC (in a fan oven) for 35-40 minutes, I felt that my cake was cooked after 25 minutes and was beginning to pull away from the sides of the tin. Our oven was definitely on at 150 degrees so whether it was down to the Stork or the tin itself. It was the smell of it cooking made me think was it burning and should I check it? Good job I did!

While the traybake was cooling, I made the drizzle which is a simple lemon juice and sugar syrup to pour over the cake.  I had to fish out several lemon pips though! I poked the traybake with holes from a cocktail stick so as the syrup was poured onto it, some would pour through the holes. To finish, I also sprinkled on some granulated sugar. 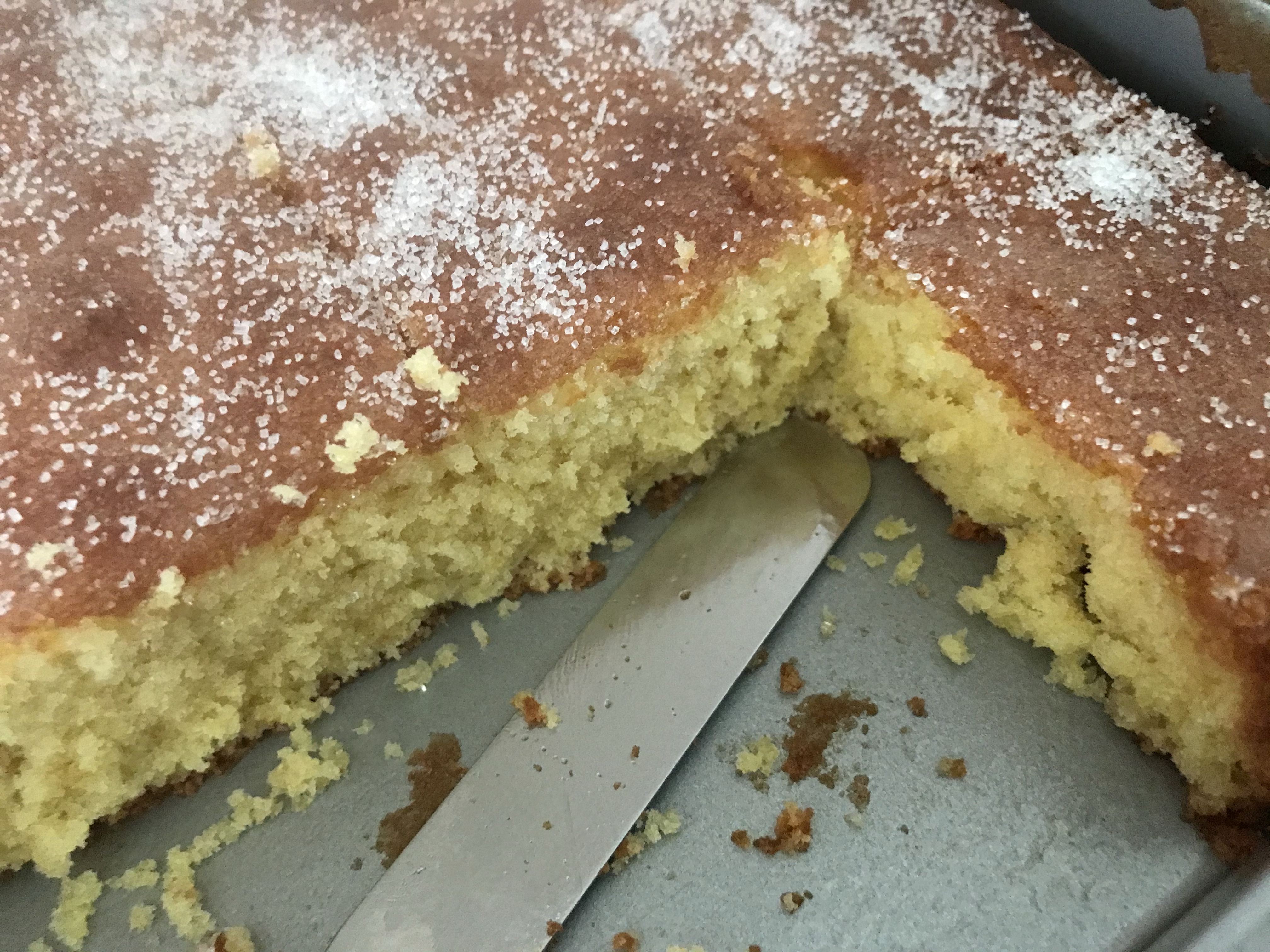 I felt happy with my latest attempt at a lemon drizzle traybake. A great start to the challenge and made me feel more confident.  I put 12 of the 16 slices into a box to take into work to leave for my work mates to enjoy.  My daughter ate one of the slices for pudding and said it was delicious. I would love to indulge but at the moment even looking at a cake makes me put on a stone!